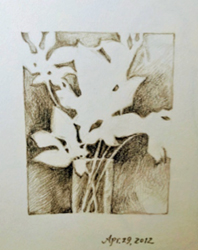 Shenshen is broadly interested in how many-body systems solve problems. As she moved from Hong Kong to San Diego to Boston to Los Angeles, she worked to discover and resolve new puzzles in condensed matter physics, biological physics, immunology and areas between them.

Among the curious problems, she has formulated how interacting electrons reorganize their motion to drain the excess energy pumped in from microwaves, constructed microscopic theories to understand how a variety of molecular building blocks spontaneously assemble to form an active network capable of large-scale contraction, and described how heterogeneous populations of immune cells work together to chase a changing target while competing fiercely for survival.

In brief, Shenshen enjoys exploring limits and believes that unbounded possibilities emerge at the joining boundaries between disciplines and streams of thoughts.